You are here: Home » News » Academy » What Fabric Does Raschel Jacquard Machine Produce

TH-4/1F is the most classical machine model of Raschel Jacquard Fall-plate warps knitting machines, its textile application is widely used in garments, and home textiles, such as curtains, table covers, and chair covers, etc.

The piezo jacquard placed front moves in a shogging way only, and the fall-plate moves vertically, while ground bars behind move both shogging and front-and-back form.

The advantages of this mechanism structure of the TH-4/1F lie in that piezo jacquard could make two-needle overlap. One advantage of the two-needle overlap is that the fall-plate effect becomes more obvious (3D effect), especially after the dyed yarn or the colored yarn used on jacquard needles which makes it outstanding from the ground net. (see image 1) 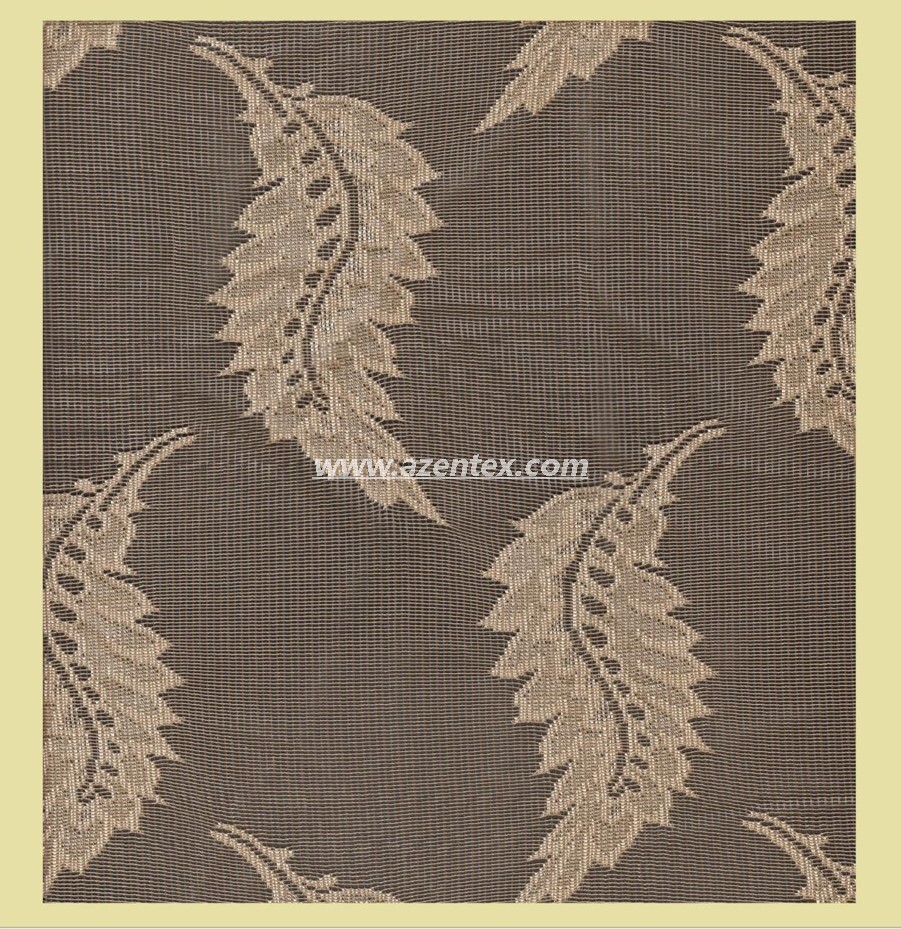 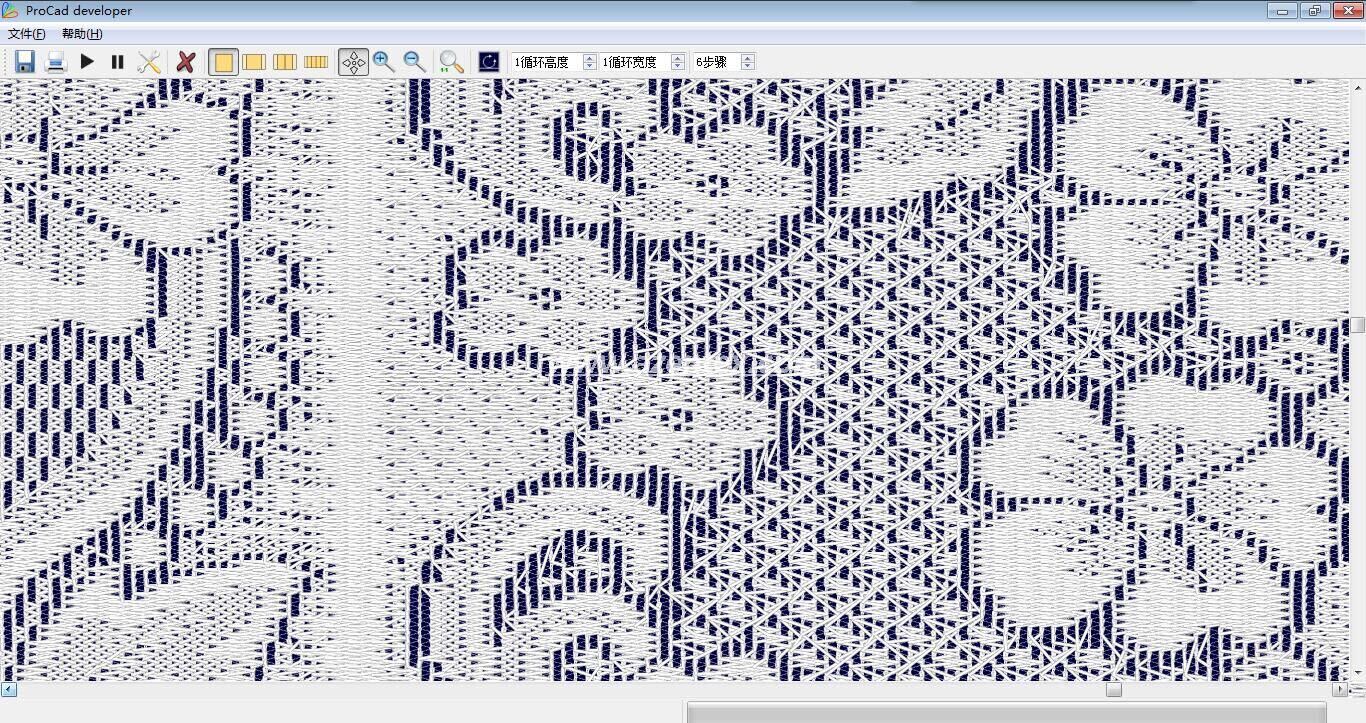 Besides, the new advanced connecting link component applied on TH-4/1F and its improved models TH-5/1F, and TH-7/1F. Thanks to that, the machine's speed could reach 600rpm under stable running conditions.

Image 2 indicates the connecting link component. The left is the TH-4/1F structure, and the right is the traditional structure. 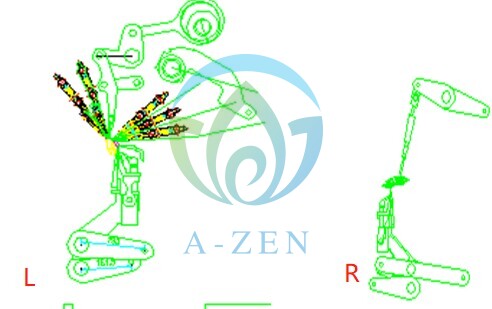 The left structure ensures a more stable movement of the fall-plate mechanism and keeps the same distant space to compound needles when it is in either before or back to compound needles. Because of this, the fall plate stitch is higher density instead of loose.

It shall be pointed out that, because the fall plate position to needles keeps nearly same always, so fall plate and fall plate yarn touch surface become less, and it reduces the friction between them, in hence, it increases machine running speed as well as machine running life-span. 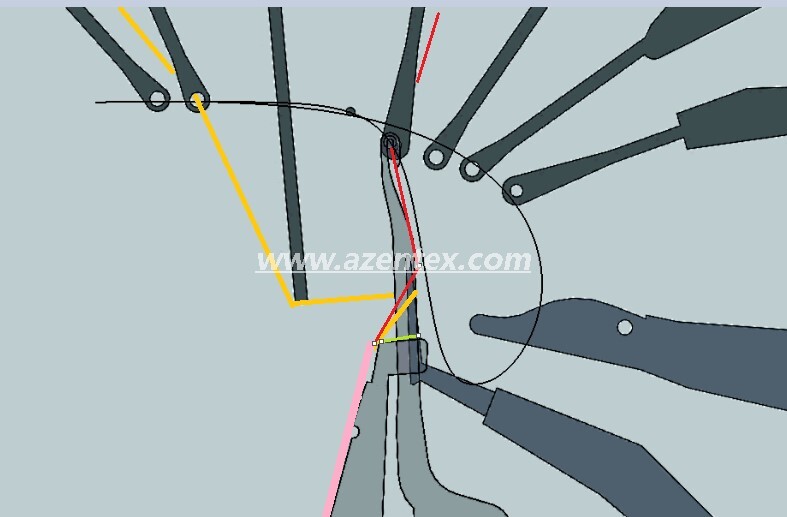 It is obvious that the ground yarn (red color) and fall plate yarn (yellow color) are separate. 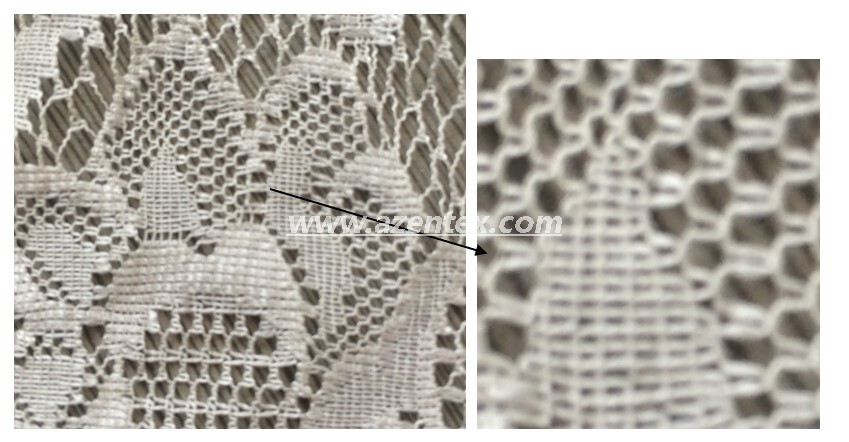 Reverse In-lay appears as “8” form, the looptail makes a 3D effect, while the whole pattern looks unclear and loose. The reason is that this effect is accomplished by both fall plate yarn and ground bar yarn (see image 6). 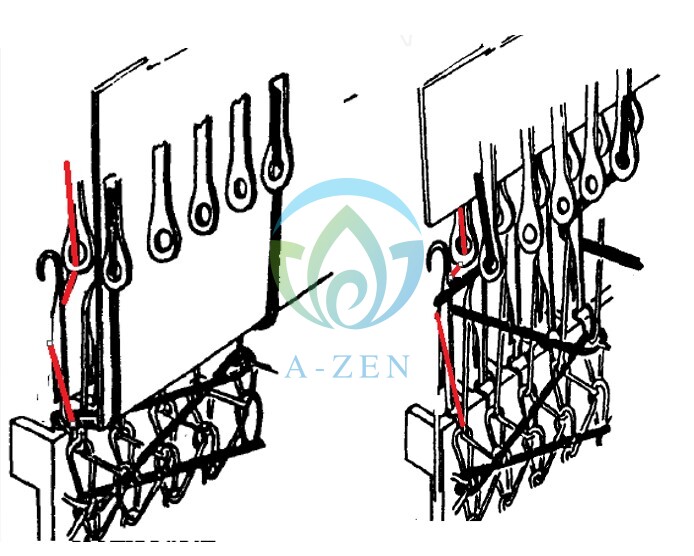 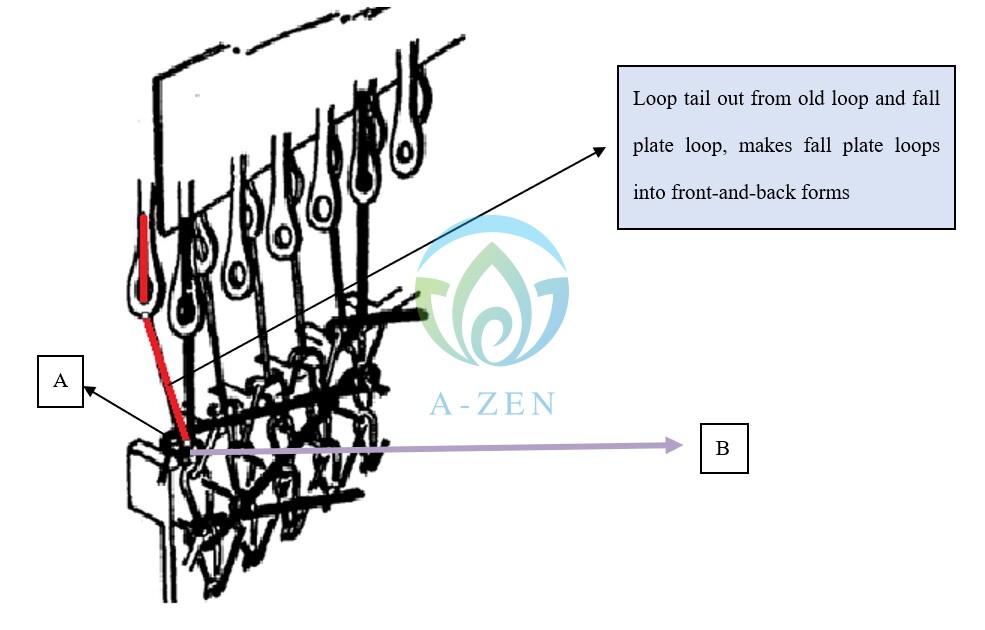 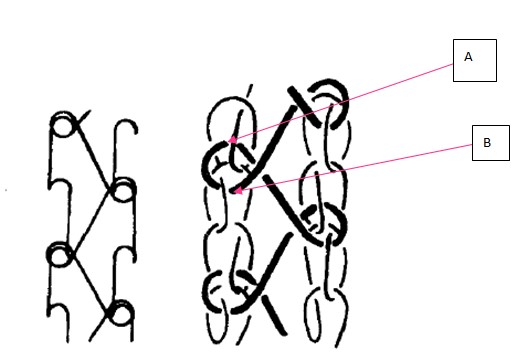 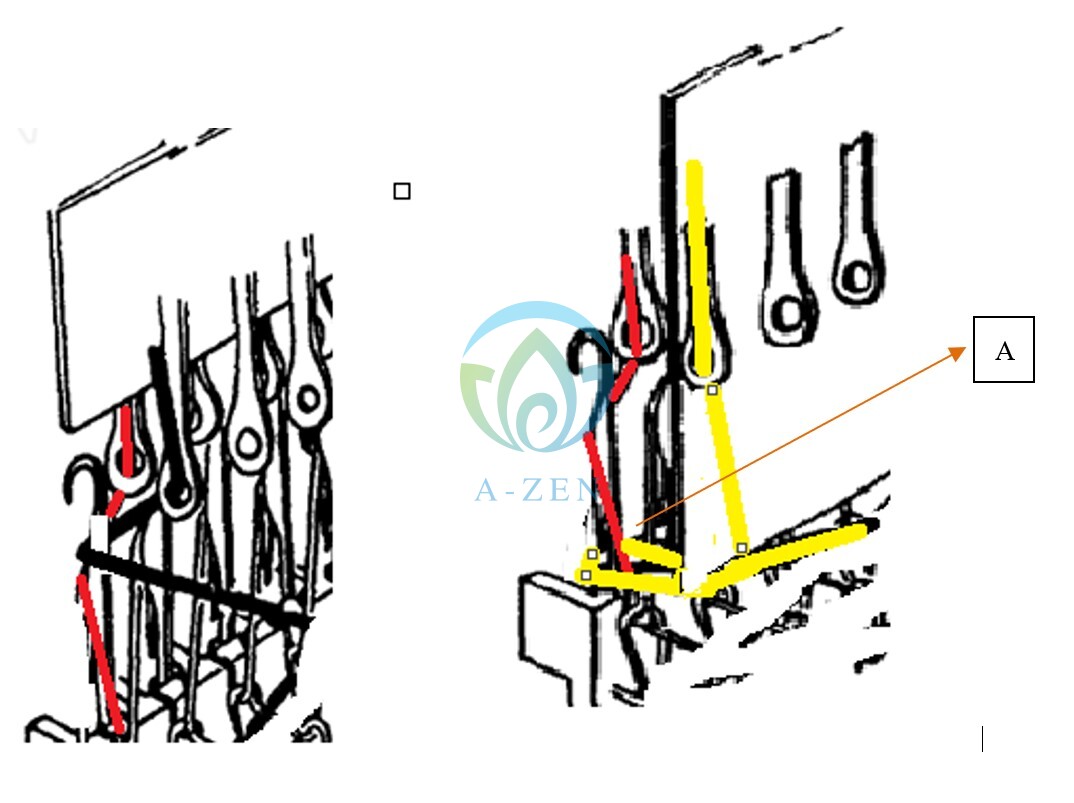 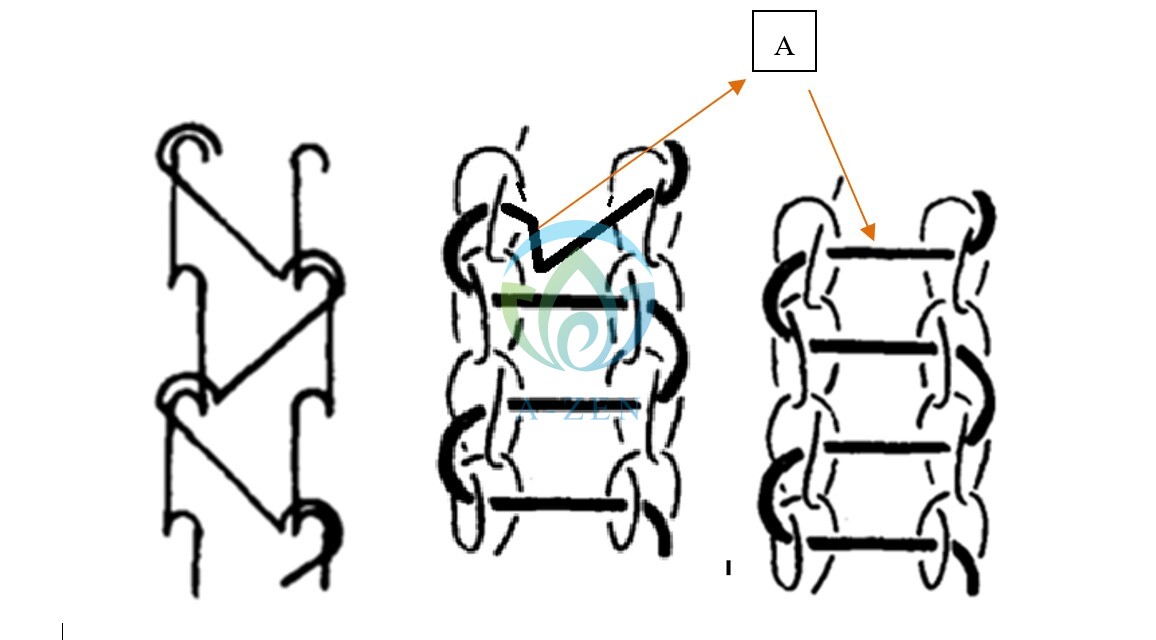 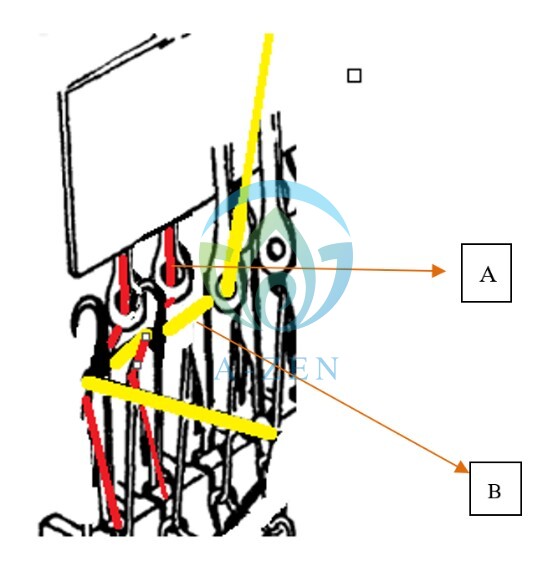