The fall plate jacquard multibar lace machine produces patterned textile with a 3D effect, the fall plate effect outstands itself because of its strong and obvious construction.

What is Laying-in Warp Knitting Technique

The laying-in or lay-in structure is one of the most common warp knitting loops structures.

The principles of Lay-in: in certain cases, for technical design or commercial reasons, some of the guide bars do not knit the yarn into the fabric. Instead, the yarn ends, threaded in those guide bars, are only inserted into the fabric, namely, they are laid in. 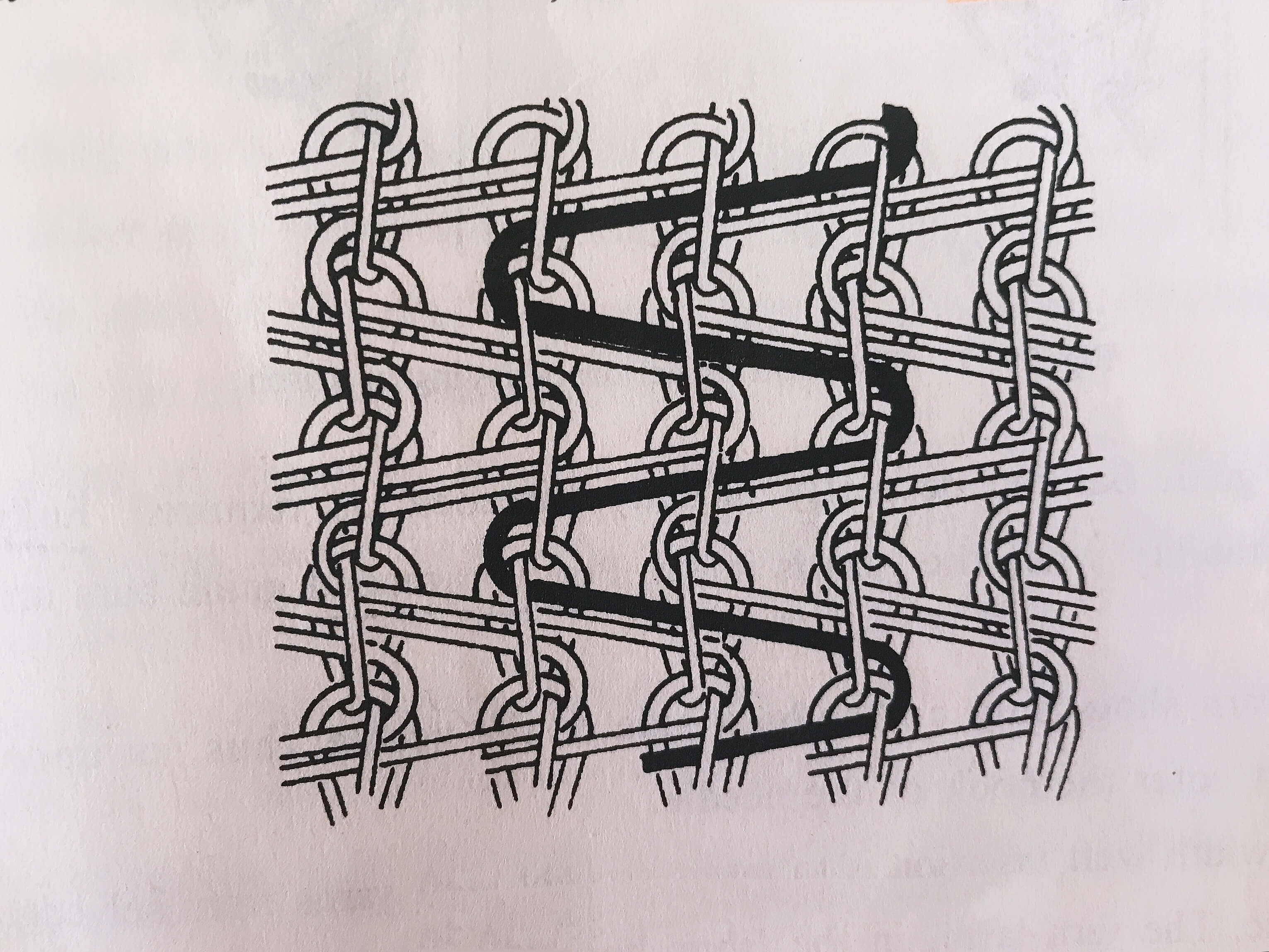 To inlay yarn into the fabric requires only a special lapping movement and no special equipment is necessary. After the completion of the overlap, the front guide bar has lapped the needles and its yarns are positioned in the needle hooks. The back guide bar does not overlap the needles and swings out at the same needle space entered. The inlaid yarn, therefore, does not enter the hook of the needle. In their knock-over position, loops are formed from the yarns threaded in the front guide bar. The inlaid yarn does not form loops and is only laid, locked between the loops and the underlaps of the front guide bar. At the beginning of the next knitting cycle, underlap movement is completed. The needles move up to clear the hooks and the guide bars are just at the same position before swinging into overlap. The inlaid yarn is at the back of the needles held in its extremity by the underlaps of the ground bars.

The basic principles of the laying-in technique can be summarized as follows:

(1)  Laying-in can be produced by a back bar. When using more than two bars, all the guide bars, excluding the front one, can inlay their yarns into the fabric. Usually, at least one fully threaded guide bar, positioned at the front of the laying0in bars, is producing the ground structure. 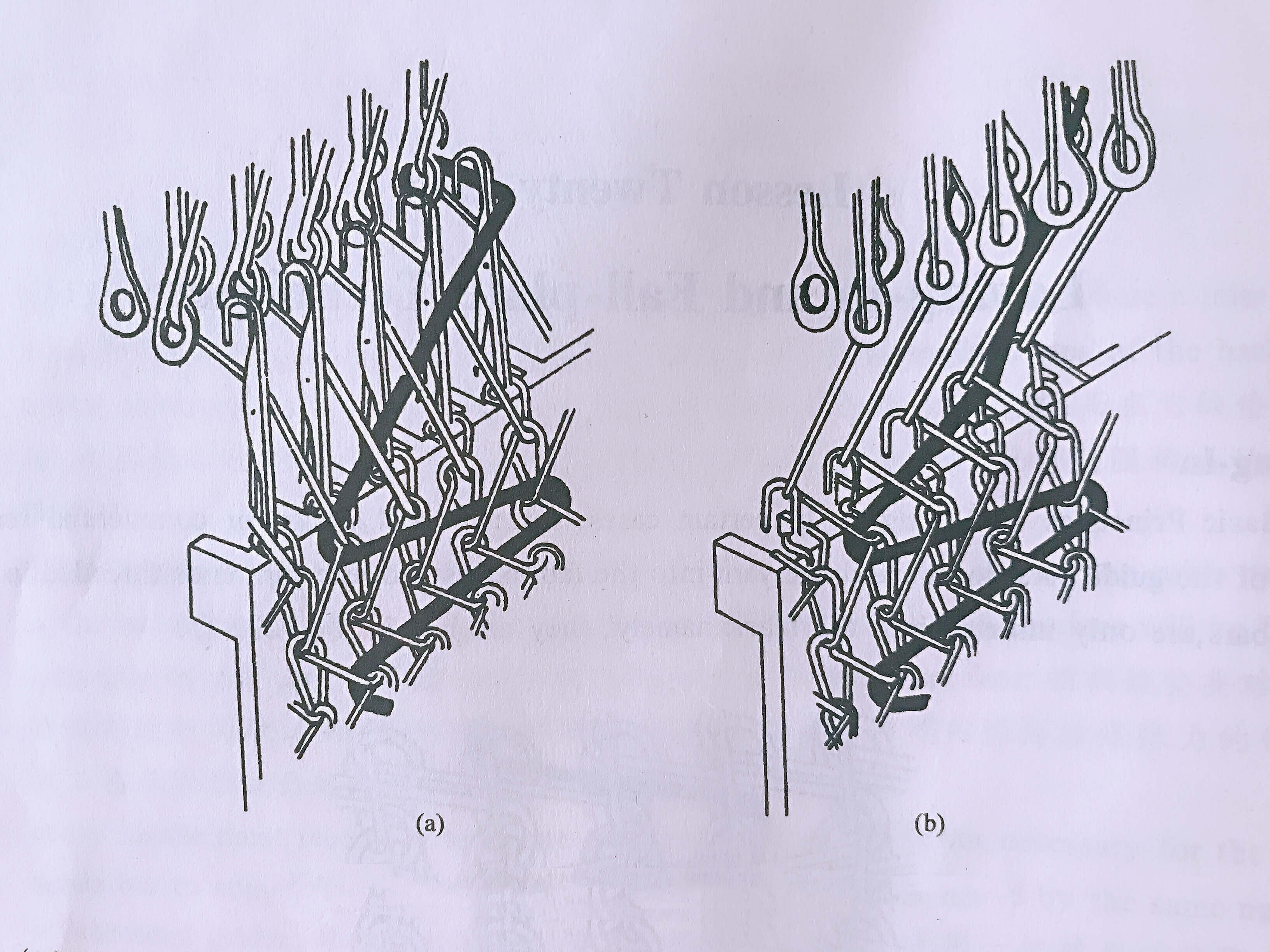 (3) The inlaid yarn shogs only on the backside of the needle; thus, an underlap is produced but the yarn does not enter the hook of the needle.

The idea of full-width weft insertion is to insert straight weft yarns from selvage to selvage into the warp knitted fabric. The yarn laying in the fabric horizontally performs as weft yarns in a woven fabric so that the widthwise properties of the knitted fabric are similar to those of woven cloth.

Laying-in technique is advantageous in technical, design, and commercial aspects. From the technical viewpoint, it allows yarns that otherwise cannot be knitted to be used. Yarn count is usually limited by the size of the needle hook and the space between the needle and the trick plates. Yarns that are too thick can not be accommodated within the hook and are chopped between the needles and the knock-over platform. By using laying-in techniques, any yarn capable of passing freely through the eyelet of the guides and between the needles during the swing can be inserted into the fabrics.

Considering the economical aspect, it is clear that, since the inlay yarns have no loops, they contribute much less to the weight of the fabric than normally knitted yarns. The commercial benefits are even greater when considering that patterning yarns are usually more expensive and a large quantity is saved by this technique. Free from most of the yarn limitations, the designer can use this technique to enlarge his range of designs. Yarn counts, up to thousands of dtex, and yarns of different textures, are so used in the production of very elaborate patterns in the lace and curtain trade.

What is the Fall Plate in the Warp Knitting Machine?

Fall-plate Technique: Laying-in technique is suitable for the production of fabrics with a flat design effect, usually associated with dress laces and underwear materials. When a more textured and 3D design effect is required, as in the case of outerwear or curtains, laying-in is no longer adequate. It is necessary to remember that inlaid yarns are always locked under the underlaps of the ground construction and do not produce a surface effect.

The fall-plate technique combines the advantage of laying in with the possibility of producing the effect superimposed on the surface of the technical back of the fabric. To produce such constructions, a device “fall plate” is mounted onto the knitting machine. It consists of a thin metal plate, extending across the width of the machine and positioned between the guide bars. Mounted on the rocker shaft together with the guide bar swing, the fall-plate mechanism is allowed to swing across the plate of the needles. Apart from the swinging movement, the metal plate is driven vertically but has no lateral movement.

During the swing of the guide bars into the overlap position, the fall plate is in its highest position, so that it swings above the needle heads. After the completion of the overlap operation, all the yarns-including the pattern yarns-are wrapped around the needles, and the guide swings back to the front side. At that position, the fall plate moves downwards so that the yarns wrapped around the needles, by the bars in front of the plate, are pushed down out of the hook’s enclosure to be knocked over together with the loops of the previous course. 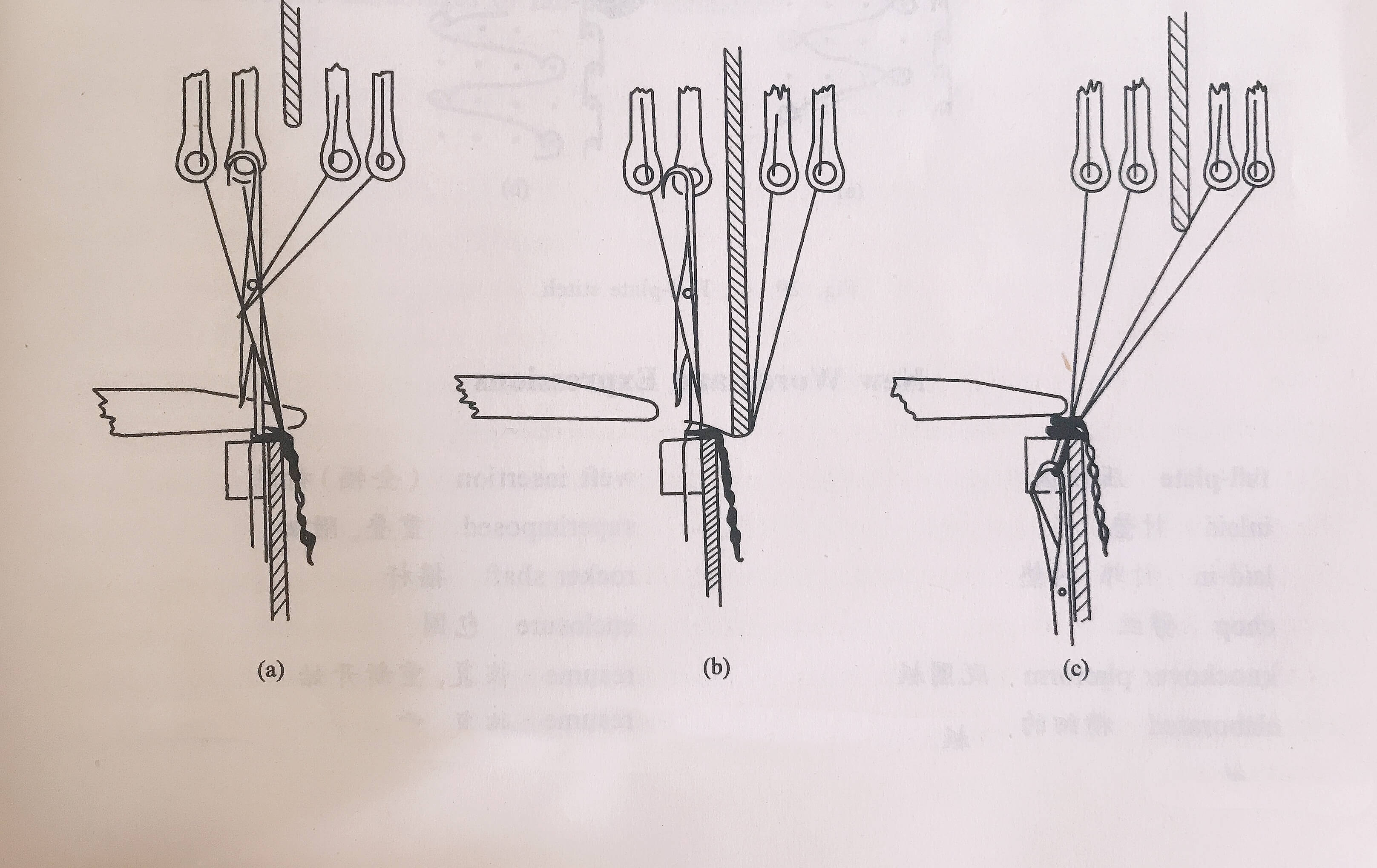 Both closed and open laps are used for patterning with a fall plate, with each lapping having a different appearance in the fabric. A closed lap appears in the fabric in a similar configuration to the way it is lapped. An open lab, carried out in opposition to the ground lapping, twists due to tarn tension and resumes a similar form to a closed lap. 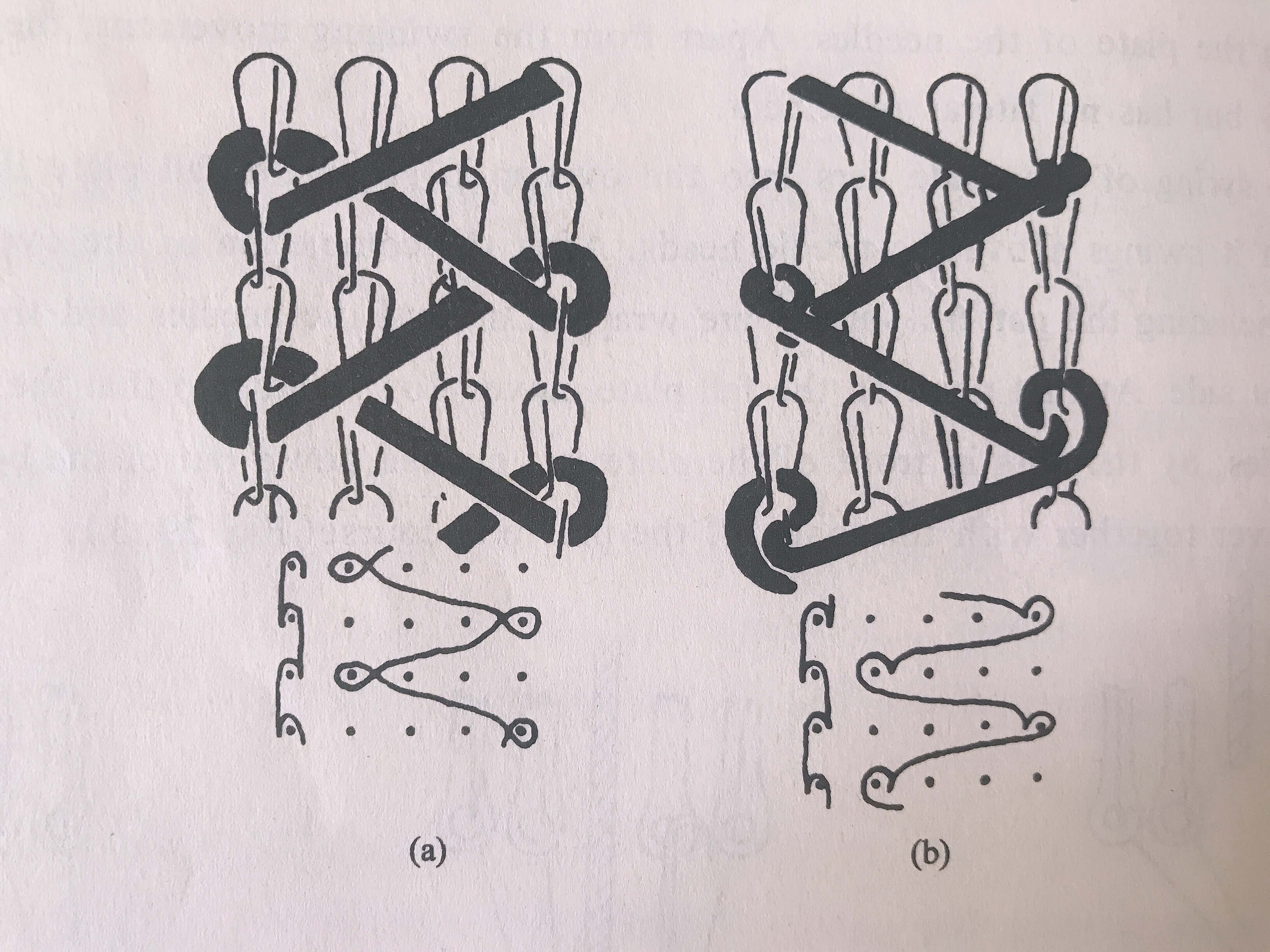 The Closed and Open Laps